Telemedicine Use Spikes During Natural Disasters 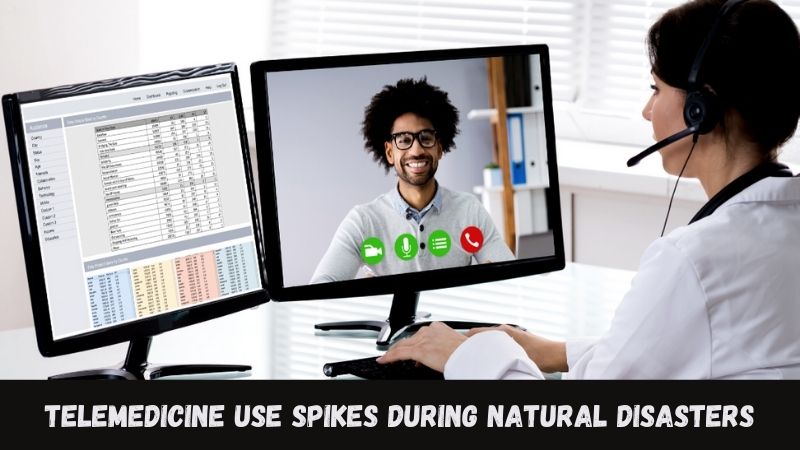 No one in their right mind would argue that ease of access to health care and the ability to self-diagnose are of paramount importance to almost everyone. And modern telecommunications are ready to give us a real revolution in this area.

The concept of “telemedicine” came into everyday life relatively recently, although the “online treatment” includes telephone consultations with a familiar doctor, calling an ambulance, and cardiac monitoring. For the first time in history, the inventor of the telephone, Alexander Bell, resorted to telemedicine services when he called a doctor over the phone.

The birthday of telemedicine in the modern sense is March 22, 1905, when Willem Eithoven, a professor of physiology at Leiden University – Nobel laureate, inventor of electrocardiography – transmitted a normal electrocardiogram from his home laboratory to a university clinic at a distance of 1.5 kilometers using a telephone cable. And he also used the Latin prefix “tele-” for the first time to denote the distance of medical care, when he called his system “telecardiogram”.

Telemedicine in the USA

The World Health Organization is developing the idea of creating a global telecommunications network in medicine. There are more than 250 telemedicine projects in the world, which by their nature are divided into clinical (the overwhelming majority), educational, informational and analytical.

There were a lot of experiments around the world at different times, but Norway was officially the first country where telemedicine was used.

The American project Doctor on Demand is a platform that allows doctors to consult patients online around the clock via video communication. The peculiarity of the system is that doctors can diagnose a disease and also write an electronic prescription for a medicine. The average patient waiting time for a doctor is 4 minutes, 97% of all patients expressed satisfaction with the services provided, and the cost of the service is 4-5 times lower than when visiting a doctor in person.

Telemedicine kiosks are becoming an important part of medical programs in the United States. You can apply for help to such a kiosk right from the workplace; fortunately, the employer pays for the consultation within the framework of social insurance programs.

A bit of history

Since then, every invention in the field of communication and data transmission has been used in one way or another for medical purposes.

Modern telemedicine is inseparable from the digitalization of all processes, one way or another related to health. Doctors will have to abandon paper media and branded clumsy handwriting, learn to interact with huge arrays of reference information and use the support of AI-like systems, and establish systematic monitoring of patient data in real-time.

A typical example from the present sprouting in the future: the CheXNeXt neural network processed 420 X-ray images in 1.5 minutes and produced a result not inferior to the conclusions of professional radiologists who took 240 minutes to complete the same work. In some moments, it still yielded to the most qualified specialists, but this is only the very beginning of the development of specialized analytical systems.

Organization of the process

The patients’ records (illness, health) should be stored electronically, for example, in the “cloud” of a medical institution. This is the whole history, including birth date, weight, height, the first tooth, tummy cramps, chickenpox, mumps, flu, trauma, surgery, the results of examinations, analyzes, ultrasound, MRI, X-ray. Having a complete picture on hand, the doctor will be able to more accurately diagnose and prescribe treatment. For example, Florida Hospital eCare patients enjoy simplified and accelerated medical procedures: