Immunization – How It Starts and What We Have Now? 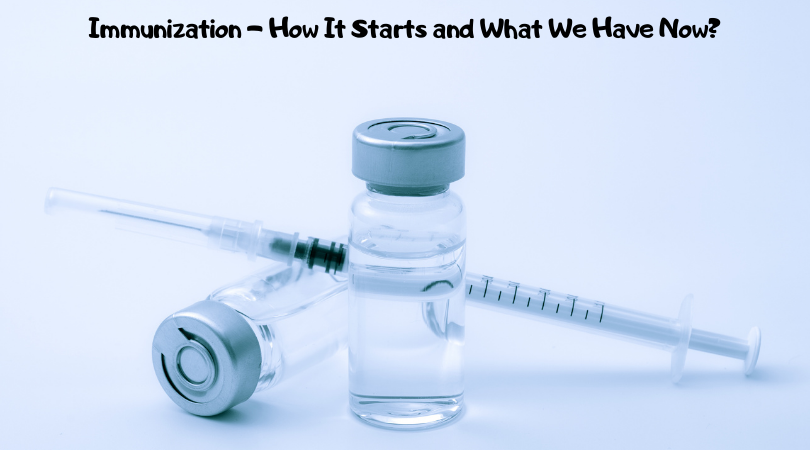 The first prototypes of vaccines appeared in antiquity. Then people did not know about bacteria or viruses, and based their preventive measures on observations. Vaccines appeared only three centuries ago, and the English doctor Edward Jenner discovered them. At that time, smallpox was raging in Europe, but ordinary milkmaids often did not get sick with it.

It’s all about the cowpox, which was transmitted to them during the milking of cows. The milkmaids were mildly ill and were no longer susceptible to smallpox. Jenner created a drug based on discharge from pustules on the hands of milkmaids and injected it into boy James Phipps. After some time, he used a smallpox drug, but the boy did not get sick. Thus began the history of preventive vaccinations.

Not everyone happily ran to vaccinate themselves on the basis of milkmaids’ abscesses. Also, there were frequent cases of errors in the preparation of medicines. Therefore, over time, methods have been developed to confirm the safety of vaccines and all drugs in general before they reach hospitals and pharmacies.

Modern vaccines go through several stages of testing. First, they are tested on animals, usually mice or rats: will the composition of the drug kill, whether the dosage of antigens is sufficient, etc. After the stage with animals has been passed, the medicine is developed further and tests on humans begin. At this point, the vaccine is 99% safe and tests are carried out to identify adverse reactions in humans, since the metabolism in mice and humans is different.

If no terrible adverse reactions for a person are identified, they begin to check the effectiveness of the vaccination. The tests are carried out on a group of thousands of people, who are divided into two groups: control and experimental. The first group receives a placebo pacifier instead of the vaccine. The second gets the vaccine itself. Only the organizer knows which group the subject is in. This is necessary in order to compare how well the drug works and to avoid fraud. For example, if as many people in the control group got the flu as in the experimental group, the vaccine being tested might be considered useless.

Ultimately, all vaccines that are used for prevention are effective and safe. But the effectiveness of vaccines from one disease relative to each other may differ. A vaccine that contains four antigens is called a tetravalent vaccine and is much more effective than a trivalent vaccine simply because it can protect against more strains.

In order for people to know from what and when to vaccinate, the National Calendar of Preventive Vaccinations was created. It indicates the age, the disease from which you need to vaccinate and the number of injections needed.

Both in Jenner’s day and today there are people who the scientific community could not convince of the safety of vaccination.

Since most of the vaccines are administered in childhood, it is believed that the body is not able to withstand such an invasion. In fact, the body fights thousands of viruses in real time and vaccination does not interfere with the functioning of the immune system.

What does the massive refusal of vaccination lead to?

When vaccination occurs en masse, some diseases disappear from the sight of ordinary people and no longer seem like something dangerous. This leads people to think that vaccinations are not that important.

In 2000, there was a measles outbreak in a religious community that rejects vaccination in the Netherlands. This event can be called an experiment in real conditions: the majority of the population of the Netherlands was vaccinated and this allowed to save many lives and show the effectiveness of vaccination.

The same thing happened in 2005 in the United States in Indiana. There was a measles outbreak in the anti-vaccination community that did not spread outside of this community thanks to universal immunization. The program was created myvaxindiana.

Mass immunization allows you to protect not only yourself, but to protect those people who cannot be vaccinated for medical reasons. Universal vaccination forms social immunity and gives a chance to one day rid the world of the most terrible diseases.